Please view below for external links and downloads for Showcast

Download a copy of my Bio and Press Kit below

Born to parents Joy and Joe as the youngest of 4 children, Anthony Sharpe grew up with an idyllic rural lifestyle on the family’s small farm in Willowmavin, Victoria. Yabbying and fishing in the creek, building tree houses, riding bikes, making billy-carts and swimming in the dam were everyday activities for the Sharpe family. As well as the expected menagerie of cows, chooks, dogs and cats in the back yard, Anthony even had a pet magpie that he rescued as an abandoned chick, called ‘Woody’.

Anthony picked up his first guitar at the age of fifteen and with a few school mates he formed his first band “Vandals Rampage”. One year later he joined his second band "The Lost Boys" with good friends Michael Brennan and Jonathan Zoch, they performed their first gig at the local Battle of The Bands in Kilmore, where he sang in front of a several hundred local townspeople, including his family who had never heard him sing before …(no, not even in the shower). The band did well and everyone gave the ‘okay’ on Anthony’s new found voice. Michael went on to form a band called ‘Amon Rah’ and when Anthony filled in as a singer, the band asked him to join them. From here Anthony decided to take up singing lessons with David Jaanz to build his confidence and craft. 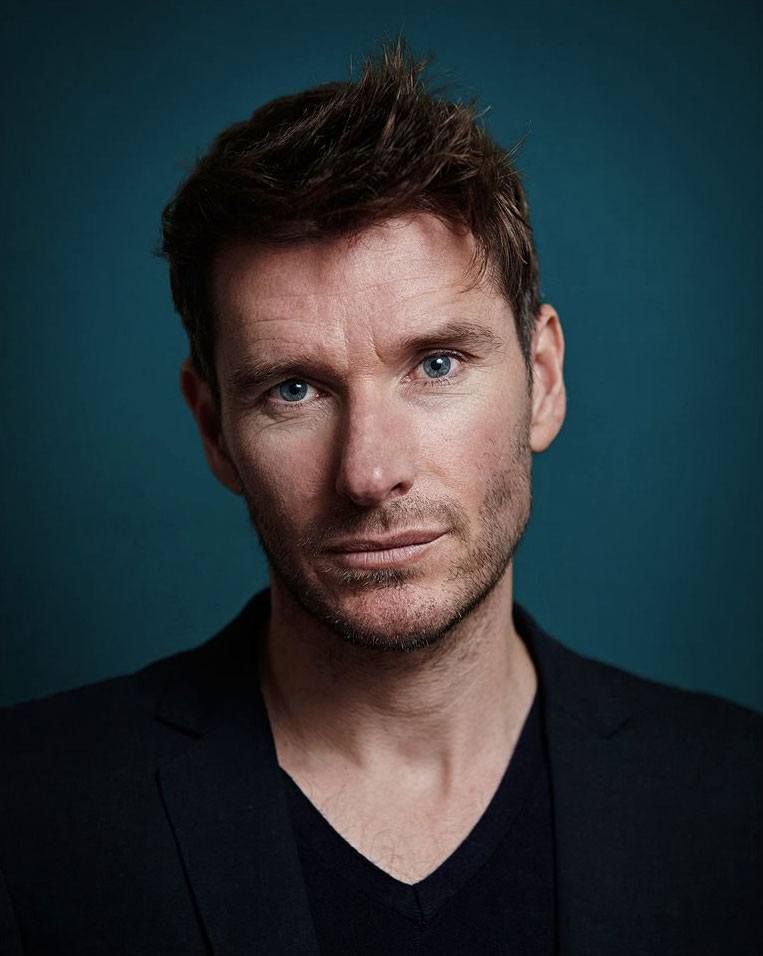 Soon after Anthony was approached to join Melbourne band ‘Dexter’ and started playing covers to bigger crowds at Melbourne venues including The Intrepid Fox, Banana Alley and Fox and Hounds. While flicking through the newspaper at rehearsals one day, Anthony saw an ad for ‘performers wanted’ at the famous Dracula’s theater restaurant in Melbourne’s CBD. This was Anthony’s first real audition and he got the job, which became the catalyst for his career in entertainment and acting. Dracula’s was also the place where Anthony met fellow actors Brett Swaine (Neighbours, Cracker Jack, Underbelly) and Julie Herridge (Melbourne Comedian, MC and Producer). Following Brett’s advice to build a career in acting, Anthony soon landed his first TV role on Blue Heelers.

With his love for music still a driving force in his life, Anthony teamed up with the bass player from Dexter, Joe Sorace, and his old friend Michael Brennan and drummer Jerry Papadakis - to form the band ‘Heavy Human Traffic’. They went on to record an EP, two albums and a live acoustic album, gaining radio play on Triple J and a direct deal with Sanity Music. Heavy Human Traffic wound up in 2003.

In March of 2003 Anthony married Julie Herridge. Julie is a passionate wildlife advocate and they started travelling the globe together where Anthony and Julie filmed a TV pilot called ‘The Volunteer Diaries’. Following paths less travelled into jungles and various other places like animal rescue centres, including filming with the elephants in northern Thailand and the orangutans of Borneo. Anthony’s most recent trip saw him climbing to basecamp on Mount Everest.

Anthony and Julie created a thought provoking production on what is now known as “voluntourism”. Soon after arriving back from their global jaunt, Anthony and Julie’s daughter Lucy was born and life took a more domestic turn.

With his family settled back home in Melbourne after their world tour, Anthony formed the band ‘Action Sam’ and went on to do an eleven year residency at the European Bier Café , which may well be the longest residency in recent cover band history. During this time INXS were looking for a new lead singer via a reality TV show called ‘INXS Rock Star’ and Anthony made it to LA as one of the final 20 contestants, where he met and worked with some of America’s top producers and gained an insight into the unreal world of reality TV.

In 2011 Anthony landed an ongoing ensemble cast role in the ABC’s extremely popular period drama, ‘Miss Fishers Murder Mysteries’ set in the 1920’s. Playing the role of Cecil Yates (Cec) for the full run of 3 seasons, Anthony enjoyed every moment of being a part of this world renowned TV series that has been sold to over 120 territories around the world, with viewers in the tens of millions per episode. Now the show even has its own Con Festival and Anthony will be attending the debut Miss Fishers Con in Las Vegas this year (2017).

Like most working actors and musicians, during the last 20 plus years Anthony has worked in many sectors to keep paying the bills including fitting and turning, builders labourer, running a Jim’s Mowing franchise, graphic and web design, business consulting, cameraman and video editor, producer, director and many things in between. However, his true passion lies in acting and music. Most recently Anthony performed in his first play in the Short and Sweet Festival (2016), where the production took out ‘Best Play’ and Anthony was personally awarded ‘Best Actor’.

Together with his wife Julie, who has continually worked on stage as a performer and off stage as a producer since graduating from university, Anthony is forging ahead in their crazy and wonderful life together in the music and entertainment industry.

When asked about his approach to life Anthony replied.

“If it feels right in your gut, then just say yes to new opportunities. The details will work themselves out as you move forward. Bite off more than you can chew and then chew like hell…”